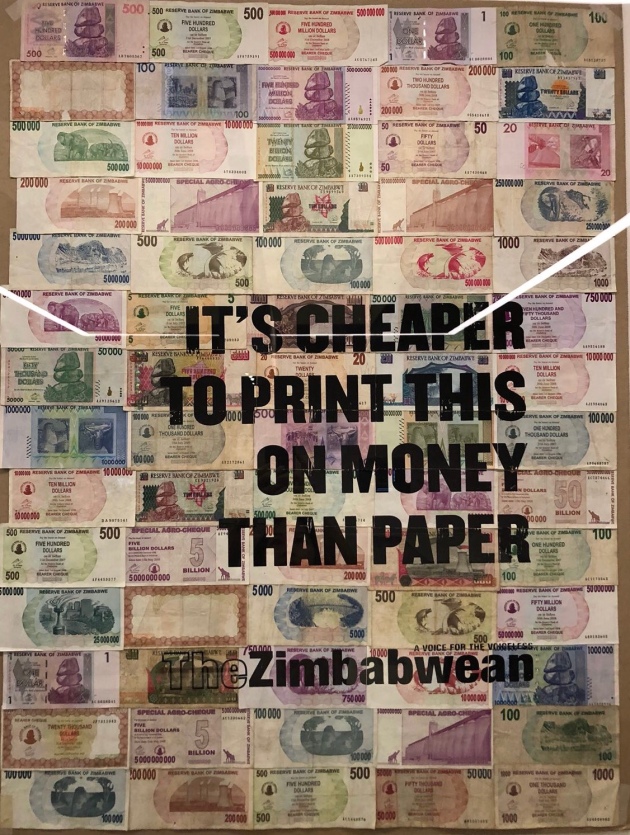 If you want your audience to be able to instantly connect with you, especially if you talk in numbers, don’t worry about telling them the huge numbers, like $100,000,000, because to any ordinary individual, that’s as if you hadn’t spoken at all! Instead, we’re just wasting everyone’s time, because they won’t remember the numbers!
Instead, try using metaphors to show the numbers in a way that’s meaningful to the audience. E.g. when Steve Jobs presented the iPod for the first time, he didn’t say ‘it has 1 GB of memory’, which probably means nothing to many of us. Instead, he said ‘1000 songs in your pocket’.
Just like this poster I saw at the Design Society Centre in ShenZhen, it has more impact than if we’d been saying the ‘hyperinflation was 79,600,000,000 % at its peak’.
Or for Venezuela’s situation now, it would hit the listeners’ hearts if we say ‘the bread you bought today will have cost doubled the next day’, rather than saying inflation was 1,000,000%’.
Advertisement

Write to us now to get to know us!